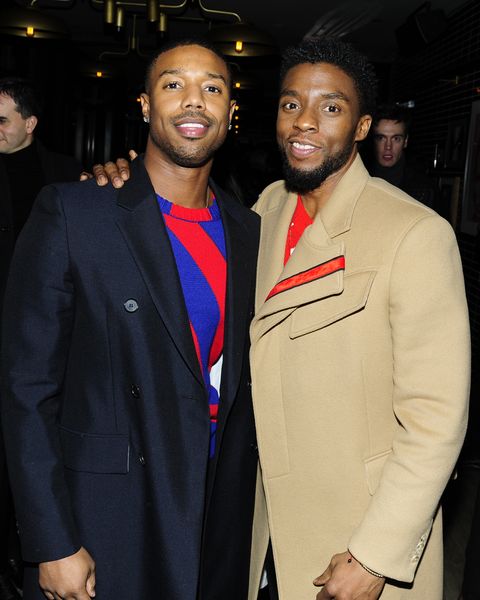 On August 28th of this year, Chadwick Boseman passed away at the age of 43. He fought courageously against colon cancer, all while making movies that we are sure to remember. The entire world felt the shock of his passing as news traveled through social media in a completely unexpected message from his family.

Boseman’s family released the following heartbreaking message on his Instagram and twitter: “It is with immeasurable grief that we confirm the passing of Chadwick Boseman.⁣ Chadwick was diagnosed with stage III colon cancer in 2016 and battled with it these last four years as it progressed to stage IV. A true fighter, Chadwick persevered through it all and brought you many of the films you have come to love so much. From Marshall to Da 5 Bloods, August Wilson’s Ma Rainey’s Black Bottom, and several more were filmed during and between countless surgeries and chemotherapy. ⁣It was the honor of his career to bring King T’Challa to life in Black Panther. ⁣He died in his home with his wife and family by his side. ⁣The family thanks you for your love and prayers, and asks that you continue to respect their privacy during this difficult time.” This message was met with shock and disbelief and was quickly spread, hitting the heartstrings of many loyal fans. Within 12 hours, it became the most-liked tweet of all time, which twitter said was “a tribute fit for a king.” He was a hero taken too soon.
Boseman was a hero in many ways. He brought hope to the hearts of many oppressed African Americans as the first mainstream black hero. He also played Jackie Robinson, another African American icon, in the fantastic film “42.” In his day to day life, Boseman was the closest thing to a superhero. He vouched for what he believed to be right, no matter what the public would think of it. He struggled and fought in silence, all while spreading positivity and love. While he persevered, he made visits to child cancer patients to brighten their day. His mission indeed was to make the world a brighter, happier place. A fellow actor and friend, Micheal B. Jordan, praised him for this in the following message: “…Through it all, you never lost sight of what you loved most. You cared about your family, your friends, your craft, your spirit. You cared about the kids, the community, our culture, and humanity … I’m dedicating the rest of my days to live the way you did. With grace, courage, and no regrets. ‘Is this your king!?’ Yes. He. Is!” Chadwick Boseman might have passed on, but his actions and message remain strong. Fight for what you believe in, do what you think is right. He genuinely does deserve the title of “King.”