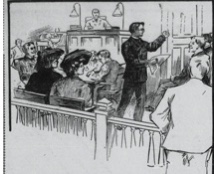 George Floyd was an african american male killed during an arrest after a store clerk alleged he passed a counterfeit 20 dollar bill. When cops arrived on scene 1 of the 4 officers knelt on George’s neck for a period initially reported to be 8 minutes and 46 seconds. The day after Floyds death all 4 officers were fired. Officer Derek Chauvin was charged with 3rd degree murder and secend degree manslaughter which was the one who was seen kneeling on Floyds neck. This was the reason the riots started in the first place, also when the ambulance arrived Floyd was already dead.
The suspects in this case include Thomas Lane, J Alexander Kueng, Derek Chauvin, and Tou Thao. On June 3rd Hennepin County added a more serious charge(homicide) along with second degree muder and all 3 other officers are charged with aiding and second degree murder.Dereks side didn’t agree with charges because the public autopsy says Floyd suffered from coronary-artey disease and hypertensive-heart disease. Derek is already receiving a maximum 40 years and adding homicide will make it worse. The case is still pending after it’s being decided whether Homicide will be a charge. Jury is still being selected along with the witnesses, It’s being said over 370 potential witnesses could be called to testify potentially.
I’ve talked to my peers who want to remain anonymous how they felt about the charges.They’ve mostly all agreed with the charges. A peer who would like to remain anonymous said”I’m hoping they find unbiased people for the Jury ” when asked how they feel about them taking their time selecting the jury. I’ve asked if they agree with the charges and someone who would also like to remain anonymous said”yes, i agree. I’m hoping the homicide charge will stick because that would really put the icing on the cake.” I’ve asked another peer why do you think this all happened and they said” It’s all racism, and if Justice doesn’t get served it’s going to be because of racism”.
This is a very emotional case for multiple people and high school students should care because this is what’s going on in the real world and there’s 4 years of high school then they’re basically on their own so they should be interested in what happened. Everyone should want justice to be served the right way and it should be happening soon.