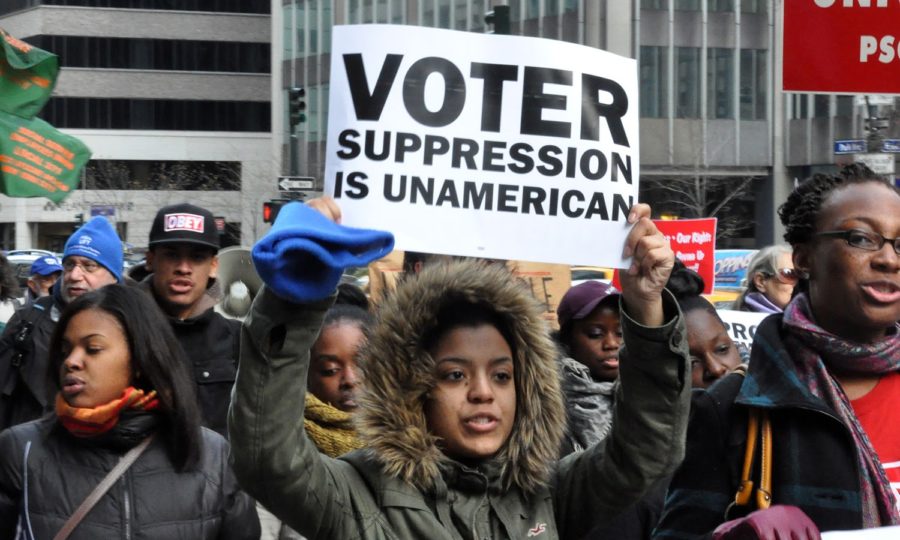 After President Joe Biden defeated former President Donald Trump by a narrow 11,779 votes in Georgia in last year’s general election and Democrats Raphael Warnock and Jon Ossoff also won two Senate runoff elections in January, control of the U.S Senate became completely flipped. On March 31st, despite the criticism from Joe Biden and other Democrats who deemed it “un-American” and described it as a “blatant attack on the Constitution and good conscious,” Georgia Governor Brian Kemp and likeminded Republicans have defended the law since its passage, insisting that it expands access to equal and fair voting. When passing Senate Bill 202, Georgia Governor Brian Kemp intended for many changes to occur, including a minimum of one dropbox for absentee ballots and a limit on how many hours and days these boxes can be open and where they can be located. The voting period for runoff elections was shortened from nine weeks to four weeks, and the early voting period for runoffs was shortened. It also stated that special ballots would be created for nonpartisan elections, black and white ink and security paper is required for ballots, expanded in-person early voting for general elections, a cutoff date of 11 days before a primary, a deadline for the issuance of absentee ballots at least 25 days before a federal primary, general election or special election 22 days before a municipal general election or primary, multiple forms of identification must be printed on the outside of an absentee ballot, food and drink restrictions in the vicinity of a voting location, etc. If any of these requirements were left unmet, the law even states that there are conditions for rejecting absentee ballots.
The more strict requirements in the law have caused great controversy. Critics have even suggested that some of the terms are a means of revenge from Republicans. Before the passing of the new law, the secretary of state served as chair of the State Election Board, but now a new chairperson will be elected by the General Assembly. The move allows a Republican-controlled board to take over local election offices, according to NPR, temporarily. Since Republicans were upset that Secretary of State Brad Raffensperger would not abide by Trump’s request to overturn the presidential election results, The New York Times has questioned their motives. Not only have Republican proponents of the law been accused of “voter suppression,” but the law has caused lawsuits from civil rights groups, denunciation from President Joe Biden, and calls for actions to be taken against the state. Many have said the law imposes significant new obstacles to voting. It also gives the Republican-controlled state government new power to assert control over elections in Democratic counties, which is a great concern. Ashleigh Ewald (12) agrees with certain concerns that have recently arisen, stating, “Restricting hours and drop boxes may pose as a challenge to Americans for voting and making it harder for voters to stay motivated to go out and use their voices for the better.”
In response to this law, a resolution passed in Fulton county called “Stop Voter Suppression” will allow Georgia’s most populous county to explore legal challenges to oppose the requirements. The reduction in the number of drop boxes would particularly affect Fulton County, the commissioner said. According to the new law, Fulton County would have 38 drop boxes countywide to just eight. Georgia Secretary of State Brad Raffensperger issued a statement on this subject that said, in part, “Fulton County’s Democrats are now aiming for legislation that could actually bring Fulton’s voters the relief that they have been seeking for decades.” Fulton maintains and expands equal access to the ballot box and the polls and plans to fight against any seeming unfairness in voter laws.