Should States Legalize Marijuana for Recreational Use? 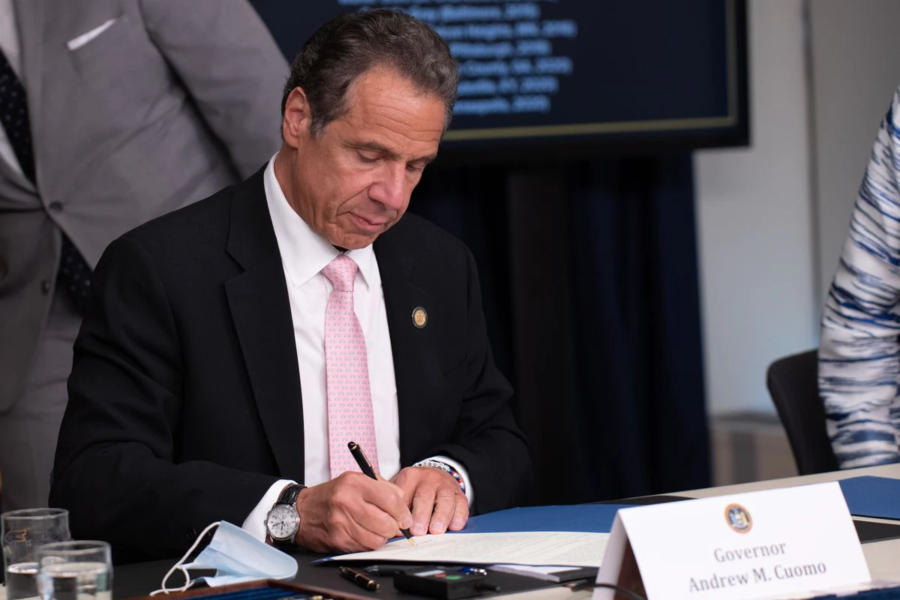 Andrew Cuomo has served as the governor of New York since 2011. His father, Mario Cuomo, also held the same position for three terms.

On March 31, New York governor Andrew Cuomo signed legislation that affected the state. The bill legalized the recreational use of the illicit drug known as marijuana. The State Senate voted in a 40-23 verdict, which made the Big Apple the fourth state to form the decision in the previous two months. Other states that recently decriminalized the drug include New Jersey, New Mexico, and Virginia. Since the United States inaugurated a Democratic President in January, many government officials have become more lenient on the issue and allowed more citizens to use it. The recent bill also allows all New York citizens to carry at least three ounces of cannabis or any condensed form of the drug, such as oils. However, residents can only use the drug in areas that permit tobacco, which does not include beaches, boardwalks, or pedestrian plazas. On the other hand, Cuomo stated that the bill could offer loans to the underprivileged and increase sales for the recreational market, even though the Senate does not expect legal sales to begin for another year or two. Regardless of the bill’s contribution to the nation, many civilians believe that the drug has certain advantages and disadvantages.

To understand how significant this law is, one must consider the various factors that it will impact. First, the now-legal drug will give to the economy by reinvesting millions of dollars in revenue for the state. In fact, the proposal includes a thirteen percent tax on the substance that constitutes both a nine percent state tax and a four percent local tax. In response, there has been controversy surrounding how Cuomo will manage the earnings and their distributions. According to the New York Governor, government officials will reserve the wages to those incarcerated for marijuana charges. Even so, some believe that it is unlawful to reward those accused of wrongdoings. Mrs. Berry (US Government and Economics) states, “If marijuana can be taxed, it should increase the economy and gather some more revenue, but the question still remains what they will do with the people that are currently in jail for crimes involving marijuana.” Secondly, countless Americans argue that the state doesn’t have to legalize the drug. Due to the country’s divisiveness on political opinions, it could be difficult for states in various regions to concede on a final verdict. Liam England (11) says, “You can’t count on politicians to write good policies by themselves. They have to be persuaded by their constituents most of the time.” Despite these views on the subject, a large consensus agrees that Cuomo’s ruling could improve the country’s current status.

Across the United States, many of the population supports the bill and offers arguments that promote a positive cause. In the bill, Cuomo issues business licenses to people from communities with high rates of marijuana enforcement, such as minority groups. As well, this feature could also prevent large monopolies from controlling the market. Jorge Suarez (12) says, “I can see everyone benefiting from the legislation but minorities such as African-Americans and Latinos more so as they are disproportionately jailed for non-violent drug offenses.” Out of all ethnic groups, the majority of imprisoned citizens belong to a minority group. If other state Senators consider following Cuomo’s decision, officers could reduce the sentences of prison residents. Appropriately, this allows the illicit industry to thrive in sales, which could be profitable due to recent health concerns around the country. Suarez also states, “It will bring needed investment into New York as their local economies have been impacted by COVID, hopefully motivating other states to do so as well.”

The topic of marijuana will result in many passionate opinions. Some people think it is useful because it has the ability to increase economic sales, while opponents believe that the high price of marijuana will lead to increased taxes. Apart from these disputes, high school students can raise awareness of the drug’s severity throughout their community. Effectively, it could allow the drug’s recreational legalization to become prevalent in multiple states. However, there is no permanent solution to the issue, so someone needs to form an opinion and decide whether the question should be a focus in the country.