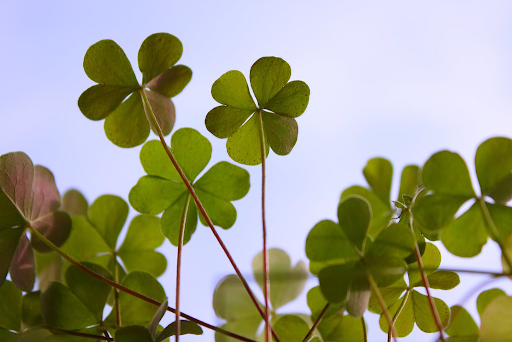 St. Patrick’s Day is a holiday with sole Irish roots that originated over a millennium ago. In commemoration of St. Patrick (a slave who was transported to Ireland and later escaped captivity) for enlightening the people of Ireland with the teachings of Christ. Since the events of St. Patrick, the holiday has grown to become one of the most celebrated across the globe. The holiday is celebrated every March 17th in the United States.

First celebrated one thousand years ago, the most common St. Patrick’s Day festivity was a feast among family members. The Irish people enjoyed a variety of foods: corned beef, cabbage, stew, soda bread, and many other delicacies. As time went on and people changed, the holiday and its traditions did too. Around the seventeenth century, Shamrocks and leprechauns began being associated with the holiday, transforming it slowly to St. Patrick’s Day we celebrate today. Now, one can experience the festivities at community centers, parades, and block parties, able to enjoy the sounds of traditional Irish folk music and a variety of meals and games associated with the holiday. Although, if the public celebrations are not preferred, enjoying seasonal beverages from popular chains and returning home to watch St. Patrick’s Day specials may be the perfect fit.

With the arrival of St. Patrick’s Day this year, there are numerous activities to uptake. A plethora of St. Patrick’s themed games is available online, easy to set up at home: dice games, bingo, word searches, and more physical activities. Scavenger hunts are also a widely popular option for interactive fun. Aside from that, St. Patrick’s Day is the perfect time to get one’s creative energy flowing. As there are a variety of arts and crafts projects to explore: St. Patrick’s Day-inspired artwork is sure to draw lots of attention on social media. There are also many food creations to try out, such as making shamrock cookies, St. Patrick’s Day Pudding, or traditional foods such as soda bread. There are a lot of creative opportunities to sport one’s Irish pride.
Despite St. Patrick’s Day being around the corner, the holiday lacks much prominence this year. With gas prices on the rise, overseas conflict, and an ongoing pandemic, the St. Patrick’s Day spirit has, in a way, faded from the limelight. Particularly in Marietta, there are fewer events this year, only one major parade in downtown Atlanta and a few pop-up events here and there. Overall, it does not seem to be a festive season for St. Patrick’s Day. With similar said for a few members of the Wheeler.

In a brief questioning with Mrs. Todoric, a language arts teacher at Wheeler High School, she said that she occasionally celebrates St. Patrick’s Day despite neither her nor her husband being of Irish descent. In the past, she has attended a few parades and events. However, this year she, like many others, has no extraordinary plans for the holiday. In an interview with a student, Julius (10), he also echoed the words of Mrs. Todoric. Although, he hasn’t participated in any significant celebrations related to the holiday as far back as he can remember. He stated that he observes a few popular traditions, such as wearing green to avoid getting pinched, but again it is nothing over the top. Finally, Ms. Green shared a similar sentiment regarding her plans for the holiday this year. Despite being of Irish descent herself, Ms. Green does do her best to acknowledge the holiday in some way every year. Similar to Julius, she will wear green and occasionally decorate. Once again, the recurring theme of no noteworthy plans for St. Patrick’s Day reappears here as well.

All in all, St. Patrick’s Day, while a holiday with prominent historical value to the Irish culture, is not the center of attention this year. Though the holiday will be observed in some minor way by many students and staff at Wheeler, it simply and unfortunately is not at the top of concerns as of the moment.