With the first game of the NBA preseason being less than a month away, excited NBA fans are starting to predict which teams will make the playoffs and win the championship, and which teams will tank and be a fifteenth seed. Many teams have traded players and picks during this off-season in an effort to improve their rosters and chances of winning this season. Some fans of the NBA in the school are hopeful for the Atlanta Hawks to make it all the way, with Mohnish Mara (12) calling Trae Young the “second coming of Oscar Robertson”. Overall, this season is bound to be jam-packed with unforgettable moments that will continue to solidify the impact of the NBA.
Before getting into the actual predictions, it’s important to talk about some of the most impactful moments of the off-season. First of all, the Minnesota Timberwolves went all in this NBA offseason when they traded for three time Defensive Player of the Year (DPOY) Rudy Gobert. He may be able to form a superstar trio with Anthony Edwards and Karl-Anthony Towns, while also helping to lead a youthful and athletic squad on a deep postseason run. However, this also means that the Timberwolves have an added pressure to win-now with higher expectations ahead for the upcoming. Another very popular postseason move was the Hawks trading for Dejounte Murray, which some believe was a huge step in the right direction. As Brian Malcolm (12) says, “Dejounte to the Hawks is going to help not only defensively, but it’ll help because Trae doesn’t always have to carry the offense.” However, some fans are concerned about the fit of the two guards because they are both heavy passers as well as relatively ball-dominant. Ewuraba Buckle (12) believes that the duo need some time to adjust”. Another huge trade that recently occurred was when the Cavaliers acquired Donovan Mitchell only a few weeks ago. Mitchell is regarded as the highest-impact player to switch rosters this summer. Even if some may question Mitchell’s defensive abilities, his offense is borderline All-NBA, and this is a perfect pairing with the Cavs’ defensive talent in their big men. There were countless other trades and moves that will have an impact on this upcoming season, but these were the three that fans and analysts alike were discussing.
The predictions for this season will be formatted in tables, and explanations for the top four seeds will be listed below for each table. There will also be predictions for the regular season accolades, as well as which team will win the championship.

The Celtics have only gotten better; the combination of a young cast which only continues to grow stronger such as Jayson Tatum and Jaylen Brown and veterans such as Al Horford guarantees a bright future and strong season. The addition of Malcolm Brogdan is also another great offensive help. Shreya Khanna (12) is excited for talent from Wheeler to be represented yet again in the NBA: “Jaylen Brown is my favorite player!”
The Bucks are one of the most rounded teams in the east, with their big three of Antetokounmpo, Middleton, and Holiday bringing an equal amount of offense and defense to secure their position high in the regular season.
The move from the Cavaliers is polarizing, with some theorizing that the fit of Donovan Mitchell may not pan out with the amount of pressure being put on this young team as a whole, but it is undeniable that Mitchell’s offensive talent will mesh tremendously with the defensive talent of the big men.
The 76ers were a top three seed last year, and they have a lot to prove as a team which is still claiming to fight for a championship. Embiid’s production is generational, but the rest of the team, especially Harden, must prove that they are still in the discussion to win.

The Warriors only continue to build their young talent, and with the greatest shooter of all time, they are in a position to take the top seed in the west.
The Nuggets may have been the sixth seed last year, but this was without Jamal Murray and Jordan Clarkson, the second and third options who were both injured. Jokic is a floor raiser who has allowed the Nuggets to be legitimate title contenders this year.
The Clippers are the greatest question mark given their history with injuries, but the trio of John Wall, Kawhi Leonard, and Paul George is arguably the best trio in the whole NBA. Kirtan Thakkar (12) says, “If they can stay healthy, they’re easily the best team in the league.”
The Phoenix Suns have been regular season darlings for the past two seasons, both times their reputation is marred with playoff failures. Since the team is essentially running it back this year, the team may suffer from other teams getting better. 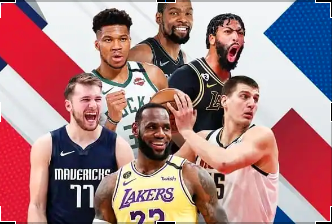 Some of the best players in the league
Source: SportsUnfold 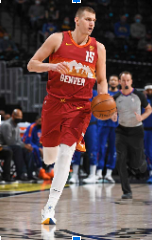